Print This Post
HomeFinancial Considerations of DivorceSocial Security and Divorce

Social Security benefits are one of many things that change if you and your spouse divorce. 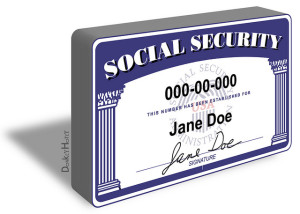 The 10-Year Rule
If you were married to your ex-spouse for ten years before your divorce became final, you are entitled to Social Security benefits based on his earnings by operation of federal law. That means it doesn’t have to be addressed in your divorce papers to be effective. You may apply to the Social Security Administration for benefits on your ex’s earnings record if you are at least 62 and aren’t remarried.

How much?
Those benefits are called “derivative benefits,” and they equal one-half of your ex-husband’s benefits. He may threaten to keep working and thwart your ability to claim benefits against his record, but his threats are empty. It isn’t necessary for him to have retired for you to begin collecting. Unlike other pensions, the Social Security benefits you receive will be based on his entire earnings record, not just his earnings during the time you were married.

No Double Dipping
You can only receive one Social Security check, so if your own earnings record entitles you to more money than the derivative benefits based on your ex-spouse’s earnings, you’ll collect benefits based on the highest amount to which you are entitled.