Print This Post
HomeNewsWhat Are The Chances I Will Be Awarded More Than 50/50 Physical Custody?

In North Carolina, there is no presumption determining that the courts will rule more in favor of one parent over the other in a custody dispute. The primary factor taken into consideration for this situation is the “best interest” of the child. North Carolina introduced a new custody law in 2015 encouraging both parents to participate in raising their children equally. In this case, NC seems to be joining the nationwide trend of a push toward equal and joint custody when both parents can participate. However, there still are several factors to be considered before equal custody is presumed. 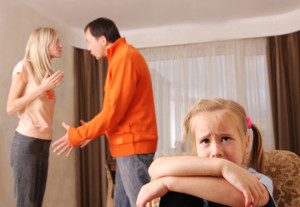 Factors Determining Custody Awards
1. The amount of time in which the parent spends with the children in both pre and post separation of the parties. A parent has a better chance of being awarded more physical custody depending on how much time they are usually involved in the child’s life. A judge will consider whether the parent took the time to attend teacher conferences, doctors appointments, or assisted with doing homework.
2. Where the case is heard. In North Carolina, this factor can impact the way in which custody is awarded to parents. Larger urban centers may take on the more modern approach of 50/50 custody, while smaller more rural areas may lean toward giving the mother figure a larger portion of the custody. If you and your ex-spouse live in different counties, the individual who files for custody first can influence the way in which it is awarded.
3. The ultimate decision from the judge in the case. The judge always takes into consideration the factors involved in the situation at hand. In North Carolina, the state has given the local presiding judge complete power to award custody as he/she sees fit.

To prove your ability to take on more than 50/50 physical custody, you should make sure you can prove that your children have spent a majority of time in your care and that you live close to their school and the other parent.