Print This Post
HomeLegal Challenges of DivorceWhat Happens to Pets During Divorce?

Divorce has an impact on more than just you and your soon-to-be-ex. While children are of course a large part of the discussion, one less-thought-about aspect to divorce is your pets.

For many, pets are just as much as a part of the family as any humans in the house. In fact, the American Academy of Matrimonial Lawyers has found more people arguing about pet custody in court. When the family splits, what happens to pets during divorce?

Pets are considered personal property and can be distributed just as any other asset might. That means you can even include them in a prenuptial agreement. 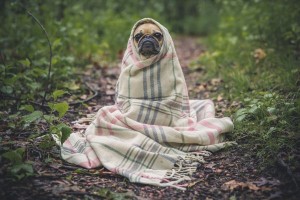 There are no legal requirements for a judge to assign pet custody the same way they do for children. However, some courts are beginning to change. In most past cases, this has happened with dogs, and courts have awarded shared custody, visitation, and alimony payments. In North Carolina, there is a law that allows the court to consider pet custody as a factor when domestic violence is present.

Regardless, instead of relying on the court to decide, it’s best for you and your spouse to figure out with whom the pet should live. Here are some questions to guide the decision:

If you can both agree, you can create a contract for the pets or include him/her as part of your agreements. Be sure to include costs and medical care, along with visitation rights if requested.

Keep in mind that your spouse may try to use your attachment to the dog or cat against you. If he/she knows you will be devastated to give up Bailey or Bella, that might be leverage for him/her to get something in return.

Share your thoughts: How are you and your ex deciding who gets the pets?