Maybe you’ve heard of common law marriage. Maybe you’ve had one. However, that doesn’t mean you’re entitled to the same rights as other married couples. It all depends. These days, this is a term less often heard, making it hard to tell what’s true and what’s false. Here are a few facts to clear up the misconceptions about this union. 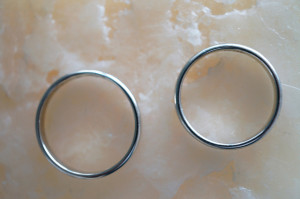 First, let’s explain the definition: a common law marriage is a legally recognized marriage between two people who did not purchase a marriage license or have a marriage ceremony.

1. Myth: Common law marriages are legal across the U.S.
Truth: Today common law marriage is only allowed in a few states: Colorado, Iowa, Montana, Kansas, New Hampshire, South Carolina, Texas, Utah, Alabama, and Rhode Island. But even in these states, not all statutes specifically allow these marriages. In some cases, they are recognized by case law, or by just a couple of statues regarding specific aspects. For example, New Hampshire recognizes such unions only for inheritance purposes. In Oklahoma, couples are required to get a marriage license, but some common law marriages have been upheld in courts.

Some states are phasing out these marriages, meaning they are no longer recognized, but previous unions are grandfathered in. Those states are Pennsylvania, Indiana, Ohio, Georgia, and Florida. The grandfathering dates differ in each one.

2. Myth: Any couples who live together in these states for a certain length of time are married
Truth: In states that recognize common law marriage, a couple must “holding out” as married or “holding yourself out to be married.” This means you must tell the community you are married, use the same last name, call each other husband/wife, and file joint tax returns. However, every state differs in its requirements, so it’s best to check with an attorney.

3. Myth: Common law couples don’t need to get a divorce.
Truth: In states that recognize common law marriages, you will need a divorce. Your union is recognized as legal, and therefore, you must dissolve it legally. If you happen to live in a state that allows common law marriage, it’s best to make it clear you have no intention of marrying by not “holding yourself out to be married.”

When divorcing, common law spouses don’t necessarily get a half-and-half property split due to legally married couples in some states. And if your spouse dies, you may not automatically receive his or her assets, especially if his/her family decides to exclude you. However, children from this type of marriage have the same rights as those from a legal marriage and parents have the same parental obligations.

Just like with a legal marriage, it’s best to be sure before entering into a common law marriage. It’s always easier to get in, then get out.

Information compiled from various sources including the National Conference of State Legislatures.