No matter how long or little you have been married, there’s a good chance you and your partner have acquired some debt. That debt might be credit card debt, a mortgage, a loan from a home renovation or vacation, or a car loan. Figuring out who gets to pay what is not easy.

Dividing up assets and debt during divorce can be done in many ways, which means it often leads to arguments. In an effort to be “fair,” some couples go through the list of items and write down half the value of each. For example, the house is worth $320,000, and each person puts $160,000 in his/her column, “claiming” it.

You’ve probably heard the Bible story about Solomon ordering a baby to be cut in half so he could figure out the real mother. Similarly, a house does not divide in two, at least not very well. So instead of going through each asset and claiming half, you might take turns claiming assets. For example, you might list the house in the wife’s column and the retirement money in the husband’s column. As you go, you might see a balance, or imbalance, of assets and add/subtract from each column as needed.

What’s Fair
Deciding what’s fair may not be simply numbers. Be sure to consider whether you want a strictly 50-50 split or whether some other arrangement might work. For example, would you consider accepting 40 percent if your portion is cash? Do you want more of the split because your spouse earns more money? Are you looking to just start over and end up back where you were before marriage? Are there hidden assets? 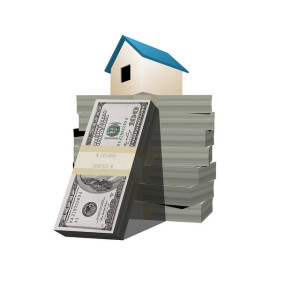 The same holds true with marital debt. No one wants to take on debt, but if you can both agree on a plan, you will save on lawyer’s fees and come away with a stronger agreement.

Here are some thoughts to consider as you go through the dividing process for both debt and assets:

Why You Need to Know about Bankruptcy
Few people want to consider bankruptcy because of the resulting mark on a credit report. But bankruptcy is one tool you can use during divorce to help settle the finances and split from your partner.

In the first type of bankruptcy, you develop a payoff plan during a three-year period. In the second, you liquidate assets and use the money to pay off debts. Both are options for dealing with marital debt. For example, while you are still married, you can file for bankruptcy jointly. This is one way to eliminate all separate and marital debts. However, some debts will not be discharged, including child support, some student loans, and taxes.

While you may not want to file bankruptcy, it’s important to know how it might be used against you. Let’s say you and Joe divide your assets. After the columns are filled out, Joe owes you $64,000. He agrees to pay that back with a property settlement note. But after the divorce, he files for bankruptcy, listing that note as one of his debts. Because it is an unsecured note, it is wiped out, and you never get the money.

Another thing to know: If your spouse files bankruptcy before, during, or after divorce, creditors will seek you out no matter what your separation agreement says.

Have questions about your marital debt? Ask our lawyer and financial adviser during the next Second Saturday Wake County divorce workshop.