Divorce is caused by many things, but an affair can be one of the most difficult. Of course an affair has a large emotional impact on the separation from your spouse, but it can also have legal ramifications.

In North Carolina, an extramarital affair can be considered a form of marital misconduct. Marital misconduct refers to several activities, including affairs, plus abandonment, cruel treatment, abuse, reckless spending, and excessive use of drugs or alcohol. 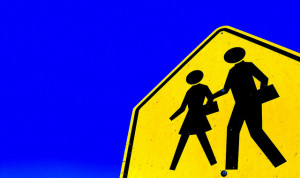 In the case of an affair, it may affect the amount or duration of alimony that a person pays or receives or might be the basis for a court-ordered separation.

Proving the Affair
If you plan to refer to an affair as the reason for your divorce, you do not need to catch your spouse in the act. However, there must be evidence that your spouse was inclined toward a relationship with someone else, and that he or she had the opportunity to pursue a sexual relationship. This evidence might be found in suspicious behavior, emails, social media, and statements from friends or coworkers.

Alienation of Affection
In North Carolina, you might be able to sue the person with whom your spouse had the affair. This legal action is called alienation of affection. Damages from this type of suit can include loss of income, loss of companionship of the spouse, and in some cases, medical-related bills.

If an affair is a reason for your divorce, it’s important you speak to a divorce attorney about how this will impact the proceedings.