As you and your partner divorce, you’ll be dividing up debts and assets. Retirement assets usually cause the most confusion.

In some cases, only one person is contributing to those accounts, so some assume that asset belongs to the person who contributed. If both spouses work and each have a retirement account, both parties assume the two will take what theirs and go their separate ways. But neither of those may be true. Retirement benefits are considered marital property. The spouse who works part-time or doesn’t work outside the home may be relying on that 401(k), too.

The first step is to speak to a family attorney or CDFA about your specific retirement assets. He or she can then guide you on what assets you need to ask for in the divorce. One term you will probably hear is a “quadro,” which is a way of saying QDRO, an abbreviation for Qualified Domestic Relations Order. 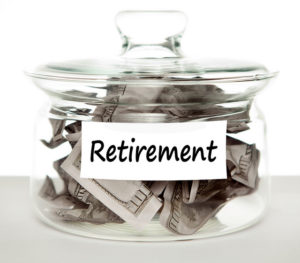 Let’s say you’re the spouse who works part-time and in the divorce, it’s decided that you will get a portion of your spouse’s qualified retirement plan. Examples of qualified retirement plans are 401(k)s 403(b)s, and pension plans. As you know, you normally can’t take money from a retirement plan without penalty until you are 59-1/2. A QDRO is what allows you to transfer some of that money early in your name without taxation.

IRAs are different and don’t normally use a QDRO to separate them. You might hear instead about a similar document called a “transfer incident to divorce.” And in some cases you may just need to provide a copy of your separation agreement.

Speak to an attorney about filing the correct documentation, especially if you are dealing with multiple, different retirement accounts.

Confused about retirement assets? Join us for our Second Saturday divorce workshop each month.