Divorce is an emotional event in life. But it’s also a legal and financial one. That’s why it’s important to detach your emotions from the process, at least during times when you are thinking about finances or discussing the separation with your spouse.

Here are four divorce mistakes that might affect your financial future:

Mistake #1 – Not finding an outlet for your emotion.
Separating your emotions from the process is not going to be easy — Especially if your spouse is the one asking for a divorce. He or she has had time to process, while you’re just now thinking about your history together, the children, your future life. 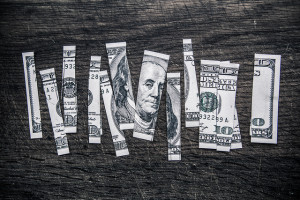 That’s the type of thing that will wake you up at 2 a.m. with worries. The more you worry, the less you sleep. Sleep deprivation leads to poor choices and a higher emotional state, which means divorce mistakes. Find a way and a time to process your emotions so that when it’s time to detach, you can do it.

Mistake #2 – Not fighting for what is yours.
Emotions can make us do strange things like say, “Just take it all. I don’t care.” We see this divorce mistake often after people have been arguing for years and just can’t anymore. That’s understandable. But while you might not care now, in a few months when you’re on your own with nothing, you’ll realize you should have at least gotten something out of the split.

Mistake #3 – Not taking control.
Many of us try to avoid conflict. We want to make nice and work as peacemakers. But you can’t make anyone happy in divorce. Instead, figure out what you are going to need after you’re divorced and get through it. You might be afraid to ask for alimony. But don’t make the divorce mistake of not asking! If you make far less money, it’s OK to ask for what you need to get started on your own again. You may need that money for health insurance, rent, or car payments.

Mistake #4 – Not being ready for the worst.
Divorce may seem like “the worst” thing that could happen. But it could get even worse.

Divorce mistakes are often about not thinking ahead. Be sure to have a Plan B AND a Plan C.

Get some specific financial suggestions so you can avoid divorce mistakes by joining us during our next Second Saturday workshop.