Print This Post
HomeLegal Challenges of DivorceCo-Parenting: The Pros and Cons of Nesting Agreements

Nesting agreements between parents going through divorce are becoming more common. Also known as “birds nesting,” this arrangement is one approach for parents concerned about how their children will handle the myriad changes divorce brings to family life. Here are some pros and cons to consider to decide if this path is a good one for your situation.

Nesting is a shared custody arrangement in which the children remain in the same house at all times while the parents take turns living in that house with the children. Some couples do this during the separation period, with the “off-duty” parent living in a separate apartment or staying with friends or family. The goal is to provide a constant home for the children while the marriage itself changes. The arrangement often a temporary measure, used either until the finalized divorce or some other approaching milestone, such as a child’s high school graduation. 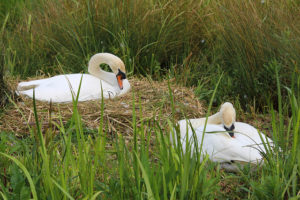 Nesting works best if the parents trust each other and can communicate respectfully. Those in high-conflict situations should not try this approach. The parents must live close by to make it easy. Nesting agreements must include a specific schedule, with frequent communication about the finances and children. Both parents must also feel comfortable leaving the space and turning it over to the other. Ideally, each parent has a separate bedroom to use while in the home, so those in smaller living spaces may not find this suitable. Both parents must also be willing to respect each other’s privacy.

Questions about divorce? Share your questions on our Facebook page or with us on Twitter to see them answered in a future post. Or ask a divorce professional directly during our next divorce workshop.