Divorce isn’t just for the young or for those who have hit the seven-year mark. Studies show more people are divorcing at later ages, including in their 60s.

There are many reasons for this trend [1], including women’s financial stability — something not present in most marriages decades ago. Because people are living longer, they may realize they could get a divorce and find new happiness with another 20 or 30 years left of life. 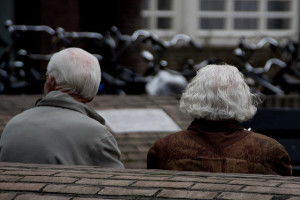 But a so-called “gray” divorce has unique financial impacts on both people that should not be taken lightly. The main reason for that is the “nest egg.” Retirement funds are usually split evenly during a divorce after the age of 50. That’s true even when one spouse is “to blame” for the divorce.

Here are the main financial considerations if you’re splitting later in life:

While splitting the retirement income is often part of a gray divorce, neither partner should rely too much on alimony or any other divorce income. Now that the retirement income is split in half, it might be far less than you’d expected to live on each month. Explore some employment options in case your ex-spouse loses his job or is otherwise incapable of paying spousal support. It’s smart to hire a financial adviser for help managing any benefits you receive.